Jan, you’re a retired public health nurse. How did your public health background inform your experience of the covid-19 pandemic?

Jan: That’s an interesting question. I think it helped me be more gracious about how there was changing information all the time, because I understood that we didn’t know a whole lot, and information kept changing.

But I was frustrated, extremely frustrated, that we didn’t have leadership that I thought we needed at the national level. It would have been a whole lot easier if we had national leadership that set a direction. CDC was always the gold standard for me growing up in public health; [they were] who we all turned to, but they didn’t come off so well last year, in my perspective. So it’s been frustrating to watch how the public hasn’t really felt like the public health community was on top of things in the way they should have been—or weren’t allowed to be on top of things as they should have been. 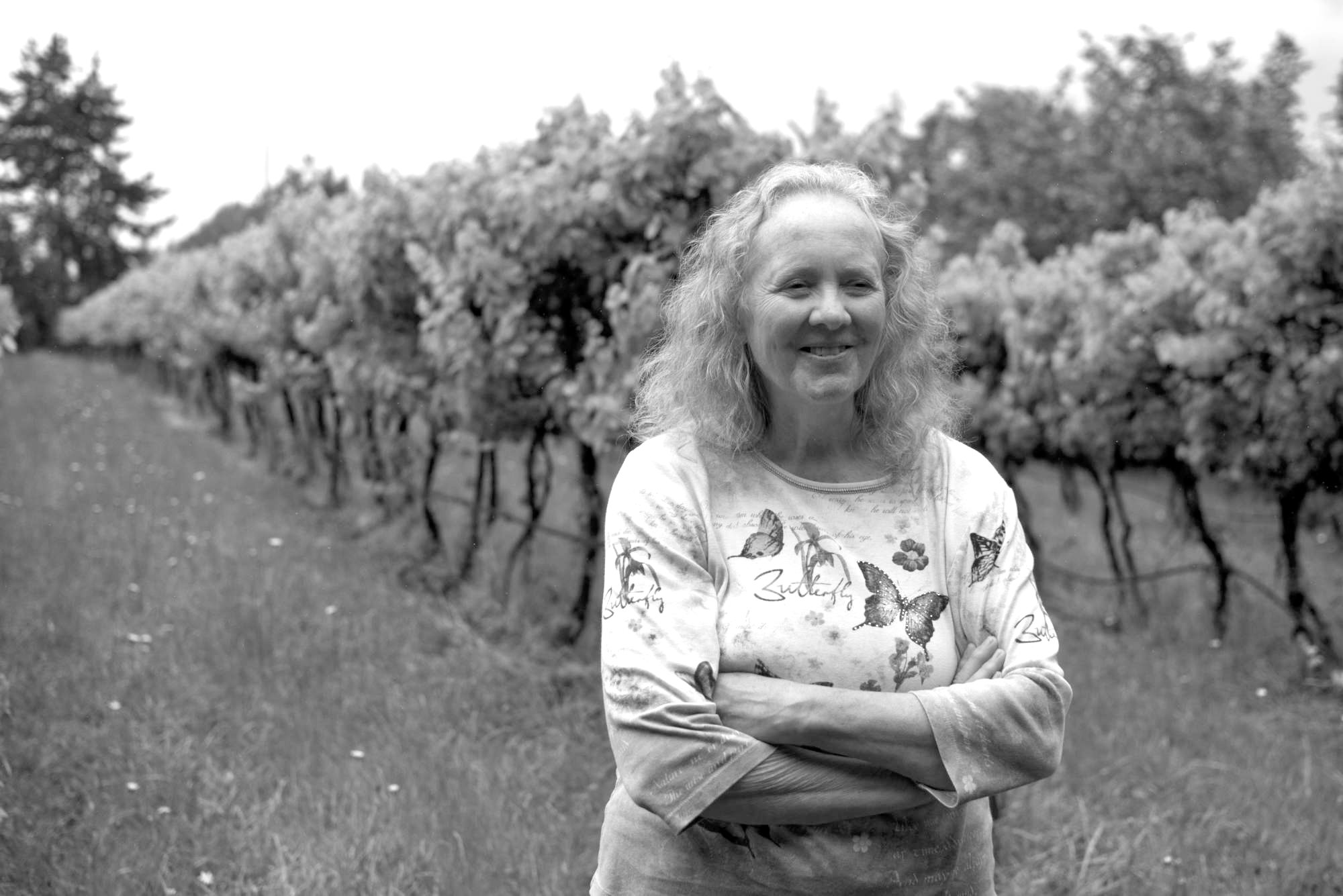 On top of the pandemic, we experienced wildfire evacuations, ice storms, and power outages in the past year. How have the weather events impacted the vineyard and your business?

Jan: Well, probably the wildfires were the biggest, because of the smoke impact on grapes.

Ron: We evacuated for four days, so we weren’t here [at the vineyard], but there was no fire damage; it was mostly smoke. The grapes were ready to pick, the Léon [Millot grape variety] was ready to pick when we got the word that we should head out.

The grapes at that point have sort of a waxy coating on their skin, and so the smoke adheres to that and gets transported into the grape itself. And it was so overcast [because of the smoke] that I don’t think enough sun could get to the plants, and so they took it as a signal that it was time to shut down, so they stopped ripening.

And we had the wind, and the wind was blowing all the ripe grapes off onto the ground, so we decided to pick. A lot of our fellow growers over here on the east side decided it wasn’t worth picking because of the smoke.

Australians and Californians have had several more years of experience [with smoke-impacted grapes], and so they have some protocols that can sometimes help with some of those smoke-taint qualities. And so we decided to try some of those. I guess the positive thing to say would be, the jury is still out on whether the 2020 [vintage] is going to be worth salvaging or not.

Jan: The ice storm was a different set of issues. We had a lot of tree damage; the driveway was completely blocked. All the vineyards, everything was blocked with trees down. But no structural damage, so I think we were fortunate in that way. We had some trellis wires down and some posts, but nothing major. But it was just the amount of cleanup that was time consuming. It’s still time consuming. 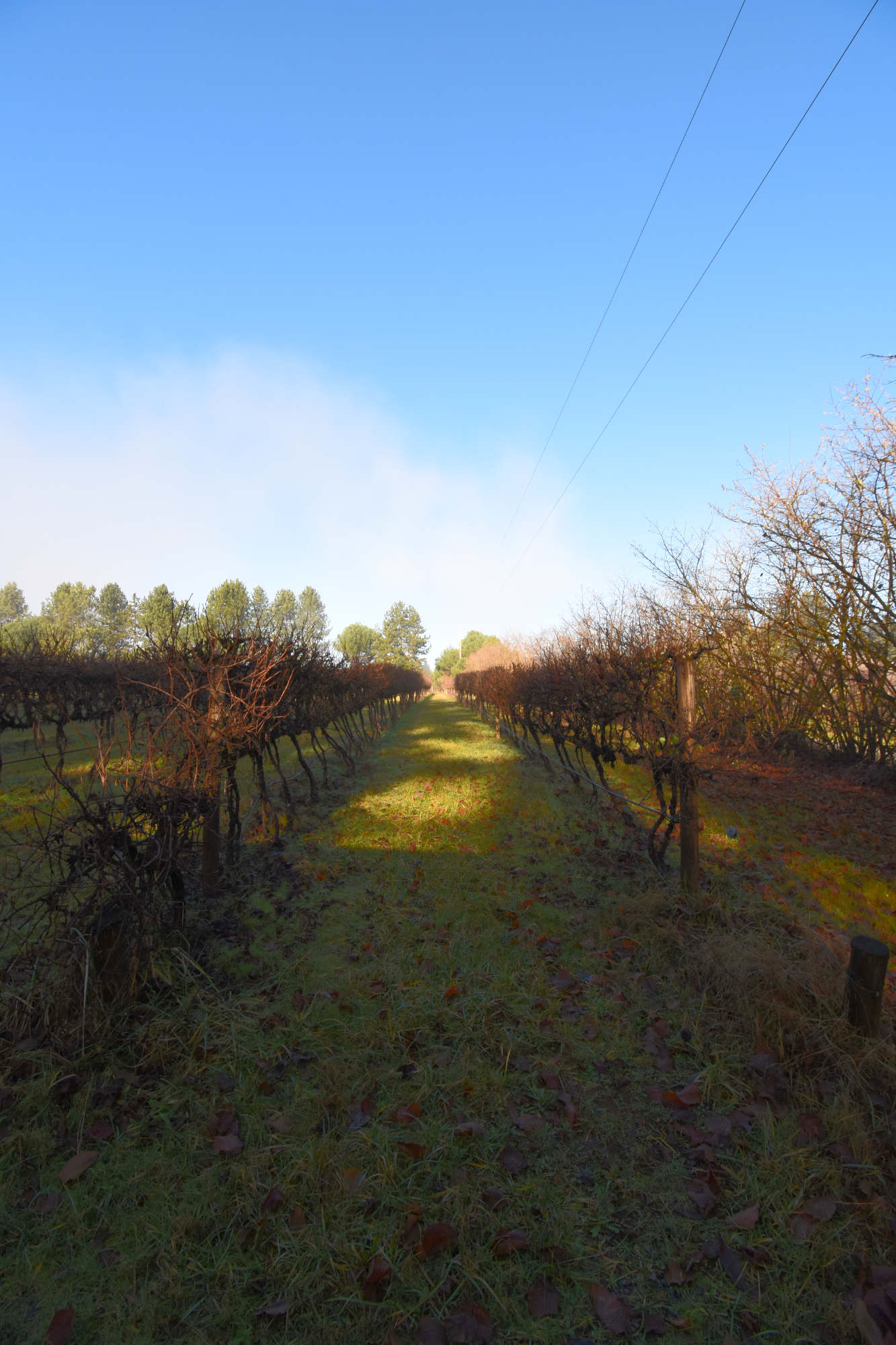 How did you come to own and operate a vineyard and winery in the first place?

Jan: We’ll start with the vineyard, because that’s what we did first. So when we bought this property in 1984, there were no structures on it, so it was considered forest land. And so we needed to file a farm management plan to justify building. We did a forest plan, too.

We were sort-of more interested in filberts at the time, and we went to the extension office, and they said, “don’t do filberts.” That’s when everyone was pulling them out because of the blight. Didn’t have any great ideas, but he did have a little brochure on the 5-year plan for growing grapes, and it had all the information we needed to put into my building permit request. So we thought, I guess we’ll do grapes.

We started building our house, and a couple years later started putting in our vineyard. We started out as just grape growers, selling to wineries and home winemakers, and making wine for ourselves and friends.

And then I think we had a couple years where…you know, you’re farmers, trying to sell a crop, and you think you have a deal and then it falls through. And then you have a lot of grapes you can’t do anything with. So then we thought we should think about being a winery, because even if we can’t sell it, we have wine we can drink instead of twelve tons of grapes right now. So that’s how we decided to become a winery. 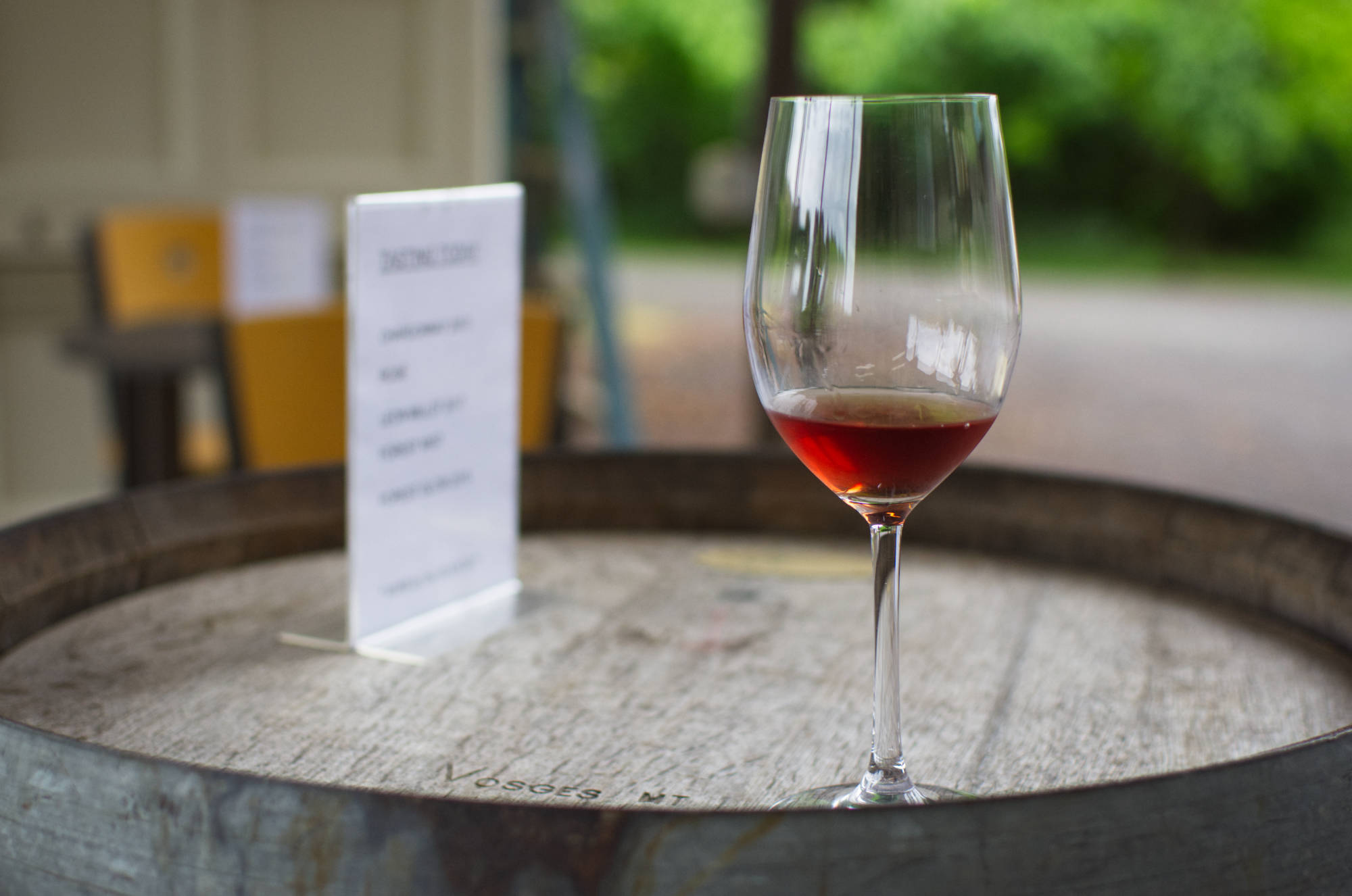 Can you share a little bit about your permaculture practices?

Ron: We wanted to mimic as much as we could the natural habits of grapes, so ours are all intertwined. And we leave the canopy up, so there’s always a hardwood canopy that the grapes grow on to.

We wanted to be as thoughtful as we could, and so we leave every other row to grow native plants, because there’s research that shows that the good insects won’t go more than 50 feet away from their source unless you have habitat for them up the aisle. So we do that, and then mow every other for ease of access. We let the grapes do what they want. 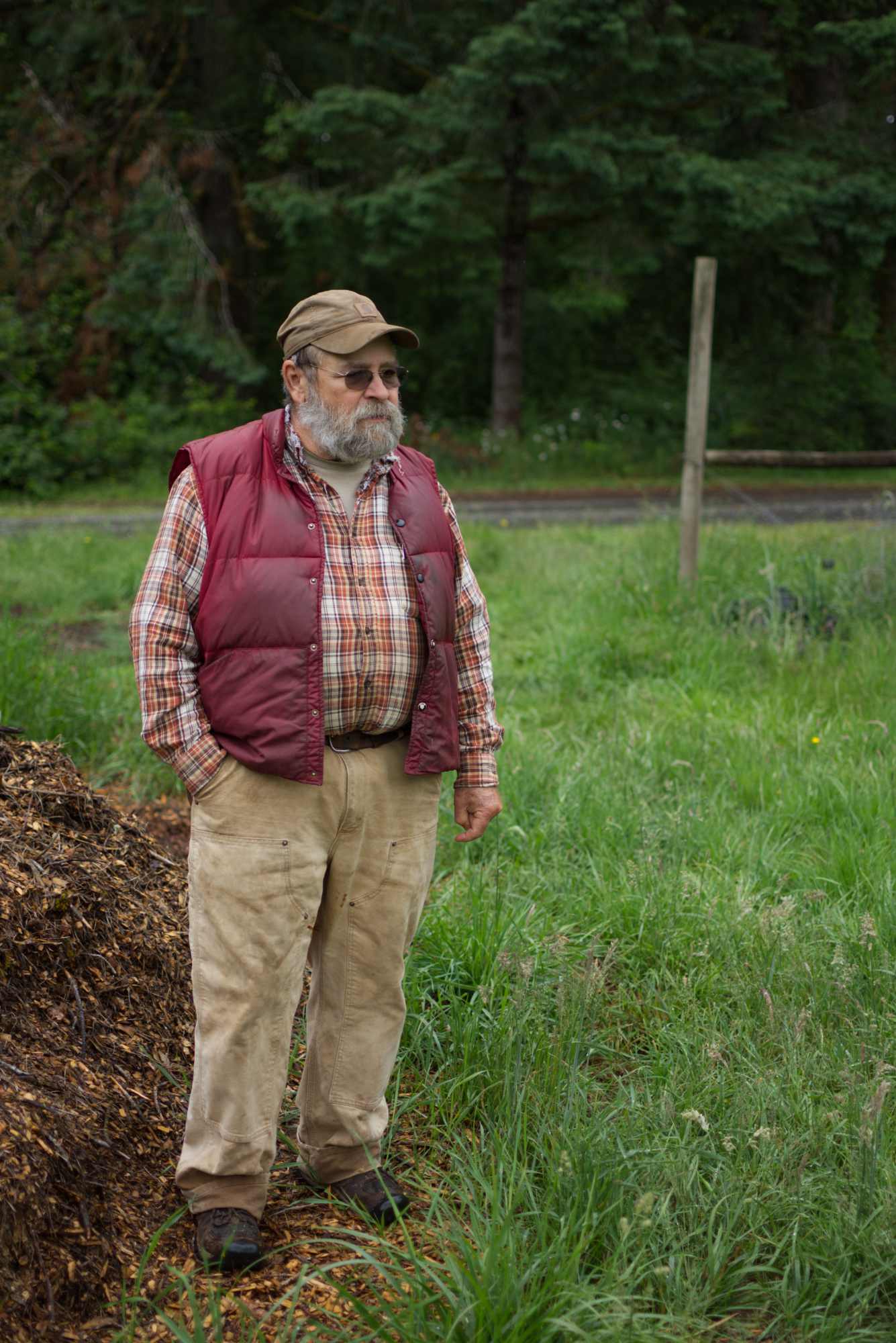 Given the name of the vineyard, what is the importance of “edges” in permaculture practice?

Ron: We’re not managing just a crop for us; we’re managing for diversity of plants and wildlife to survive and thrive together. 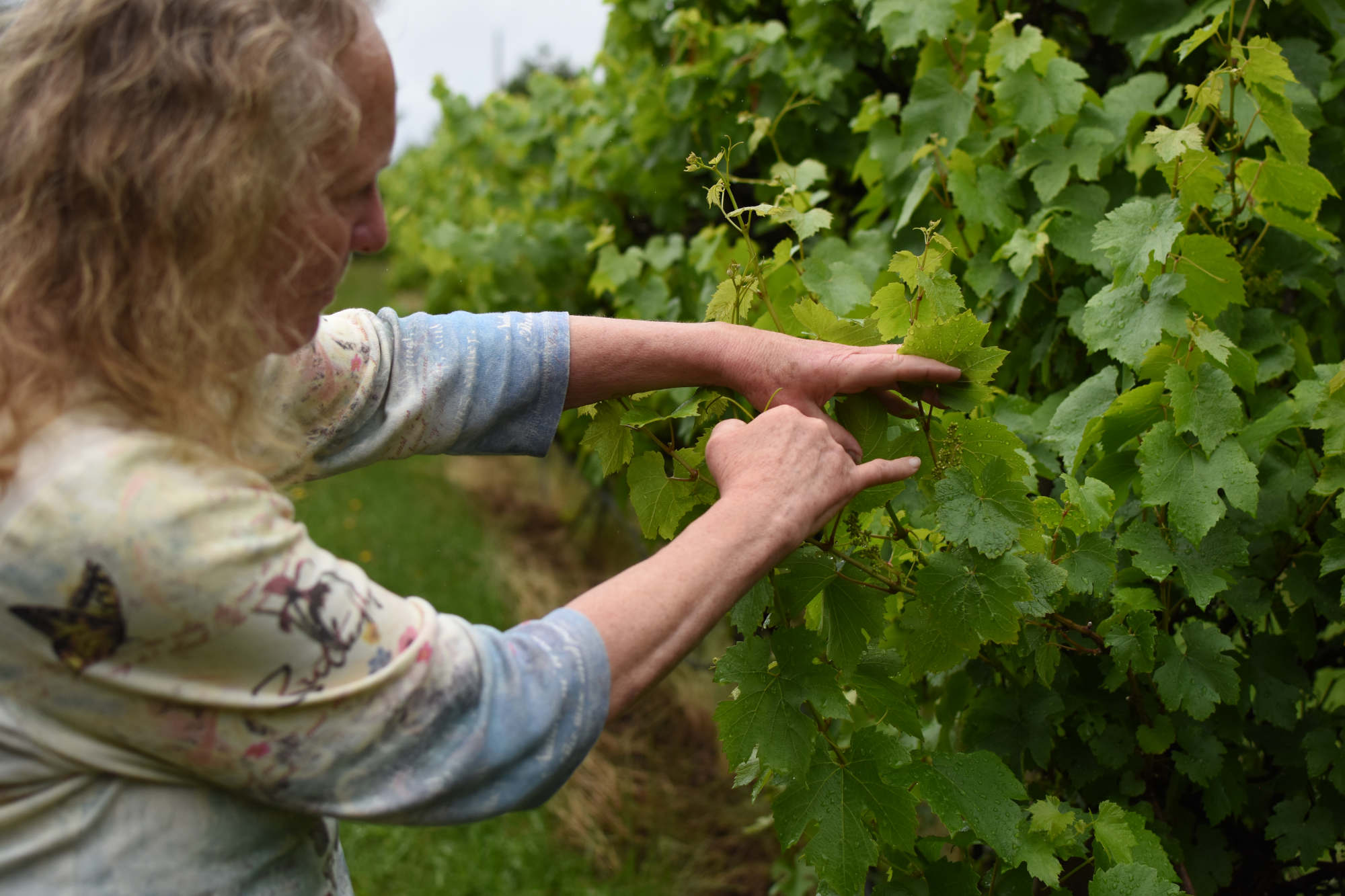 Ron, I understand you went to seminary. Does theological study inform how you approach your vineyard practices?

Ron: I guess one of my responses, when someone asks me what I’m doing: “Well, I’m laboring in my vineyard, per my Lord and Savior.”

Basically, I think it informs my sense of the land, and ownership of land, particularly out of the priestly [passages] of the Jewish scripture, particularly Leviticus. God owns the land; we’re just tenants, at best stewards. So we have certain responsibilities to protect the land.

Our goal for the land here was always to put it in a land trust. That was always important—is still important—to do that, partly out of my sense of God or Gaia. That we shouldn’t have ownership of the land; we should have tenancy, under certain conditions. Because we’re responsible to God or Gaia for how we live with and on the land. 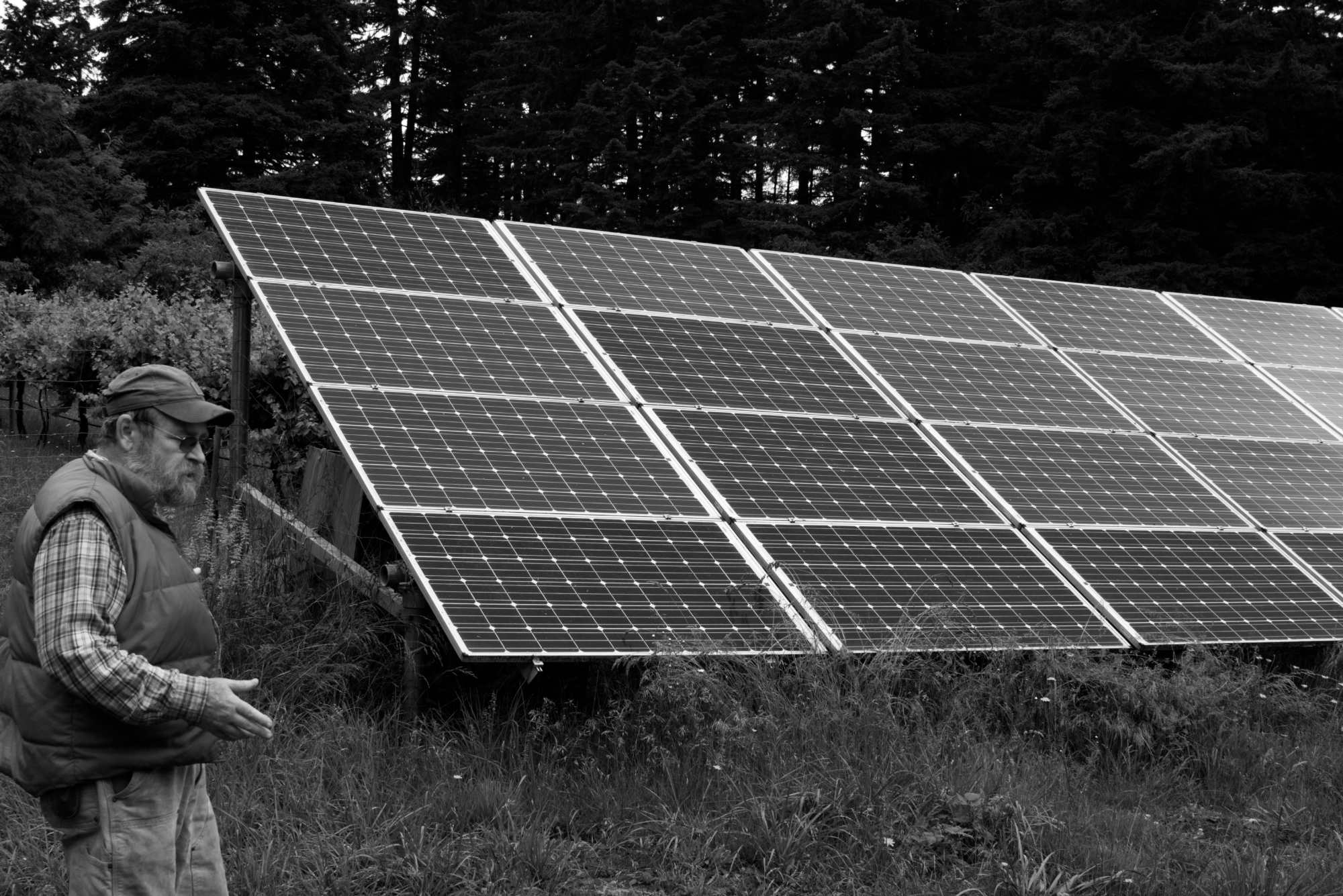 What are three of your favorite things about the Beavercreek area?

Ron: Our neighbors are all good people, and always willing to help out if you need it. 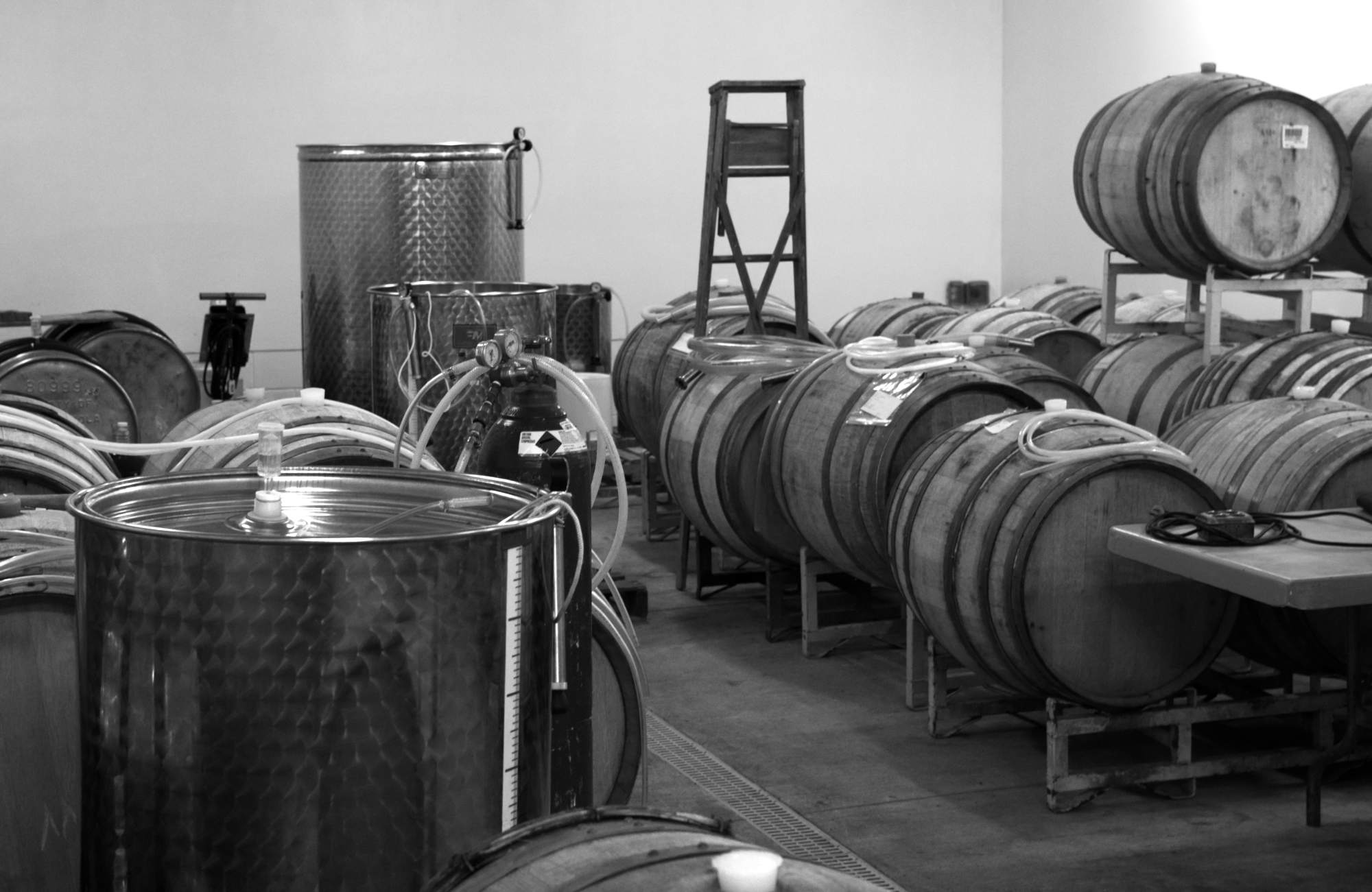 Do you have any books you’d like to recommend?

Beyond the War on Invasive Species: A Permaculture Approach to Ecosystem Restoration by Tao Orion 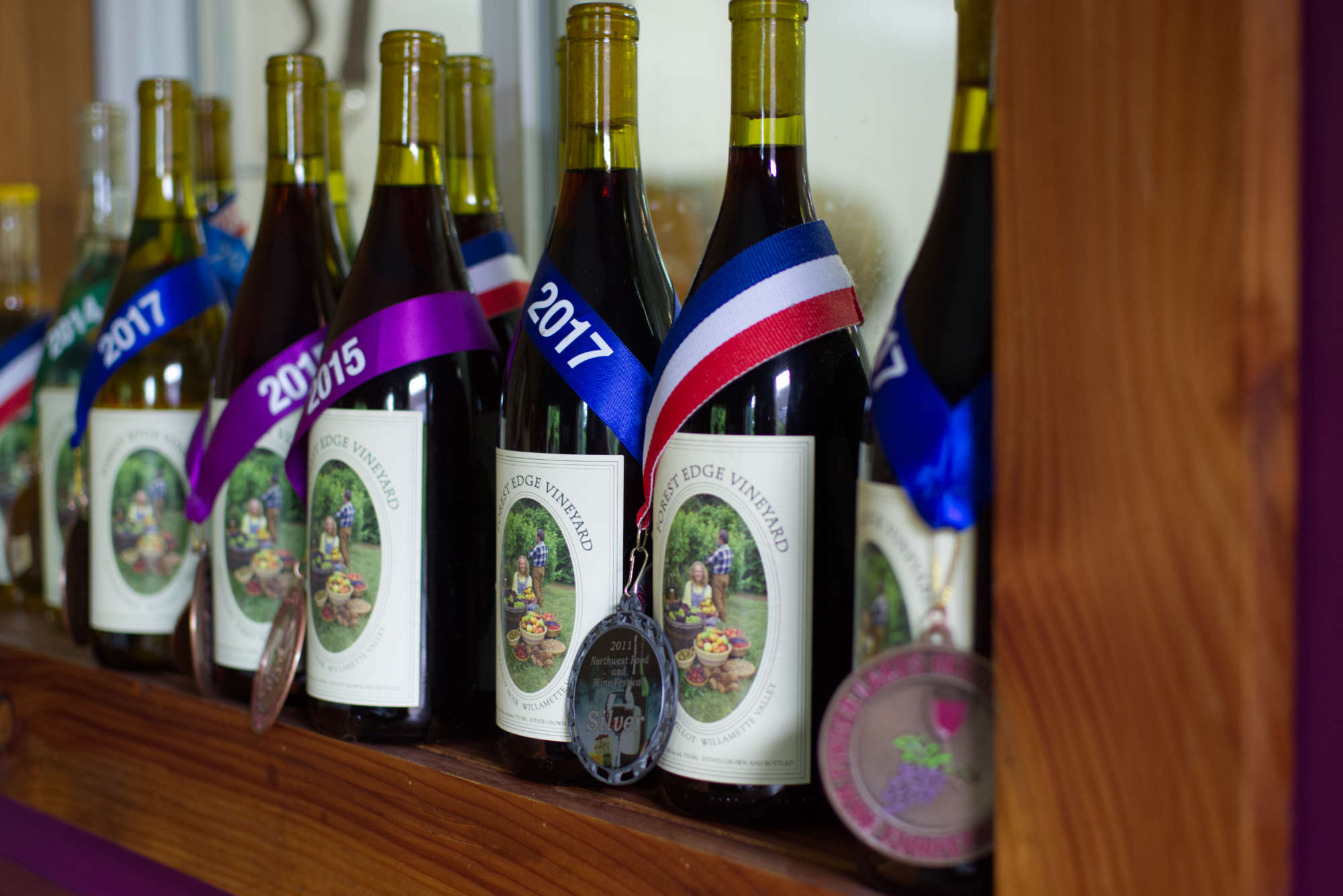